Last week, the BMJ published an invited head to head debate as to whether doctors should recommend acupuncture for the treatment of pain. Below is my rapid response:

What’s most interesting about this discussion of whether or not doctors should recommend acupuncture for pain is a total lack of discussion of the other available treatment options that doctors and patients decide amongst and how acupuncture compares in terms of efficacy, effectiveness, safety and cost-effectiveness. Surely this is the only reasonable starting point for any intelligent discussion about how healthcare resources should be utilized to best help this patient population.

If we continue for a moment to look at acupuncture in an artificial vacuum, as Ernst and Hrobjartsson have done here, there are a few things to note. First, the small effect size that they note of acupuncture over sham needling for pain, which given that the review in question discarded the most positive studies constitutes an underestimation,1 both demonstrates specific effects of acupuncture and at the same time, is a completely irrelevant comparison to determine ‘clinical effects.’2 Doctors and patients are not choosing between acupuncture and sham acupuncture needling control; they are choosing between acupuncture, paracetomol, NSAIDs, opioids, surgery, off-label, poorly tolerated, experimental medication in the case of migraines and fibromyalgia, and physiotherapy, all of which are limited in their ability to effectively treat pain whilst introducing considerable and measurable harm. Sham controlled acupuncture trials merely assess two different types of acupuncture needling. Both are often superior to conventional care in terms of pain reduction and improved quality of life, with the highest-quality evidence demonstrating a statistically significant benefit of acupuncture over sham needling, with an effect size greater than that of paracetomol compared to placebo for many types of pain.3

If we look at sham controlled studies of orthopedic surgery, we find not a small difference between surgery and the sham procedure but no difference at all.4 Clearly surgery and acupuncture have similar methodological challenges to being studied using the double-blind RCT study design held as the gold-standard for pharmaceuticals. If lack of practitioner blinding is such a powerful force as the authors suggest, surely this should have a much stronger effect in the case of surgery, which is more invasive and more expensive (factors that we’re told influence acupuncture outcomes), and yet there’s no difference between fake surgery and the real thing when it comes to reducing patients’ pain. It seems odd to argue against something with at least small specific effects and large non-specific effects (in other words, large proven clinical effects in helping patients reduce their pain) rather than something that’s ineffective, invasive and expensive to boot.

It’s also helpful to note that studies of placebo, including Hrobjartsson’s own research, repeatedly and consistently demonstrate that placebos are ineffective and while they can bring short-term benefits for subjective outcome measures such as pain, they don’t work in the long-term at all.56 This is diametrically opposed to what we see in acupuncture research. Acupuncture brings meaningful reduction in pain symptoms that persists at 12 months,7 as Dr Cummings has pointed out. No placebo has been demonstrated to do this so I’m curious if the authors are arguing that acupuncture is a particularly special placebo unlike any other that has ever been studied before. Of course, this would be special pleading, which is an argument firmly rooted in the authors’ own bias rather than faithfully interpreting the evidence in a consistent and objective way in order to best help patients.

If the authors’ reading of the acupuncture mechanism literature stops at the gate control theory as they have stated, I’m confused as to why they feel qualified to comment as subject experts. Specific mechanisms for acupuncture in pain control are numerous and well-documented, involving but not limited to peripheral effects mediated by purinergic signalling and nitric oxide release, spinal reflexes, modulation of endogenous analgesic biochemicals (including endorphins i.e. endogenous morphine, very effective for pain relief!), improved functional connectivity in the brain, modulation of parasympathetic activity and modulation of inflammatory signaling.8

Of course, the ability to articulate how a treatment works has zero relevance for clinical effectiveness, which is what we’re actually discussing. On the other hand, a recent review in this journal that found that paracetamol is even more harmful than generally appreciated, notes that the ‘mechanism of paracetamol’s analgesic action remains largely unknown.’9

This comes after another recent review of paracetamol for spinal pain and osteoarthritis, also published in this journal, that finds that “paracetamol is ineffective in the treatment of low back pain and provides minimal short term benefit for people with osteoarthritis” 10. In short, paracetamol is widely used and prescribed, increases the risk heart attack, stroke, kidney damage, GI bleeding and death, and we don’t know how it works which is moot because it doesn’t work anyways. In that light, doesn’t it seem a bit silly to debate whether or not to recommend a treatment that is repeatedly demonstrated to be efficacious, effective, cost-effective, and safe, where the only question is exactly how much of its sizable clinical effect is down to the specific effects through analgesia induced through mechano-transduction and how much is due to the ambiance of the acupuncture clinic or the caring disposition of the clinician?

Another mainstay of pain treatment in the NHS are NSAIDs. This class of drugs suffers from a paucity of long-term clinical data but are frequently prescribed indefinitely, despite serious risks. A recent review looking at over 400,000 patients, also published in this journal, found that “All NSAIDs, including naproxen, were found to be associated with an increased risk of acute myocardial infarction” (which is fancy medical speak for ‘heart attack’) when taken for any time period, including as little as one week.11 A now out-dated and absurdly conservative estimate shows that the adverse effects of NSAIDs costs the NHS a median estimate of £251 million pounds a year.12 This figure is only based on the cost of treating GI perforation and doesn’t take into account any of the heart attacks and strokes caused by NSAIDs when taken as directed.

Of course, the harms caused by NSAID and paracetamol consumption pale in comparison to those of opioids, which are extremely addictive, frequently debilitating and often lethal (in the UK, deaths related to prescription opioids doubled between 2005 and 200913), which is why until a successful albeit illegal marketing campaign by their manufacturer in the 1990’s, oral opioids were only available as part of end-of life pain management for terminal cancer patients. In this light, it’s interesting to note that the first and only study ever performed on long-term effectiveness of opioids for pain-relief found that those taking opioids were actually in more pain than their non-opioid popping counter-parts.14 Talk about a poor benefit to harm ratio! While NICE guidelines for various pain conditions urge doctors to use these drugs sparingly and as a last resort, recommending against using acupuncture as a treatment for pain directly increases the usage of these drugs, which is clearly in no one’s best interest and makes the recommendations seem disingenuous.

As acupuncture has been repeatedly demonstrated to reduce the consumption of pain medication, including opioids and NSAIDs, surely a discussion of the cost of acupuncture should take this into account, given how much treating the harms of these drugs costs the NHS each year. Indeed, if we look at the cost-benefit ratio of what’s typically offered for pain, it would be more germane to discuss the cost to the NHS and harms to patients of not recommending acupuncture.

Compared to physiotherapy, acupuncture has a much stronger evidence base. As one point of reference, there are over 10,000 trials on Cochrane’s Central Register for acupuncture compared to under 7,000 for physio (ironically, this latter number includes studies of physios doing acupuncture). With this in mind, it’s interesting to note that physios frequently add acupuncture to their practice (the UK’s Acupuncture Association of Chartered Physios boasts over 6,000 members), often after very minimal training, contrary to World Health Organisation safety recommendations. It’s difficult to reconcile why physios would increasingly start using acupuncture if it didn’t work and their own tools that they learned in their training yielded satisfactory results in practice. Are you suggesting that physiotherapy techniques are so ineffective at treating pain that thousands of physios are offering a placebo to their patients instead?

Any discussion about which treatments should be recommended for pain that center on patients’ wellbeing and the allocation of precious healthcare resources should be based on a comparison of the benefits versus the harms of available treatments. This is self-evident. Such an approach, no matter how you slice the evidence-base, leaves acupuncture amongst first-line treatment options for pain, if not a clear winner. If Hrobjartsson and Ernst insist on banging the disproven placebo drum despite repeated demonstration of specific effects, clinical superiority over treatments that themselves are shown to be superior to placebo and despite the scientific community’s clear understanding of specific mechanisms of how acupuncture is able to achieve these results, then the discussion we should be having is not about the ethics of recommending placebos. Rather the discussion would need to be about the ethics of recommending treatments that fail to outperform or in some cases are inferior to a treatment that you claim is s placebo, all while exposing patients to considerable and avoidable harm. That’s the only logically consistent reading of your suggested interpretation. So let’s have a discussion about the ethics of that.

In the interest of patients and the responsible provision of healthcare resources, I sincerely invite the authors to explain: if not acupuncture for pain, then what do they recommend instead and based on what evidence? If they are unable to provide evidence of a more effective treatment, one with stronger evidence of positive effect, one that does not unacceptably harm patients, then perhaps a reconsideration of providing such a respectable platform for such outdated and un-evidenced opinions is appropriate, as it directly puts patients at risk while impeding access to a proven and effective treatment for a poorly treated affliction. 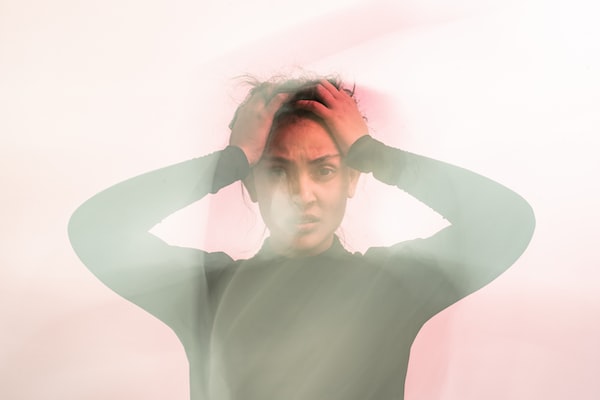 I've been at this a while. Reversing complex chronic illness - both for my own health and that of 100s of patients. I've seen trends come and go and I see a lot of mistakes that very intelligent, well-meaning, driven, determined people make when trying to recover their health. Here 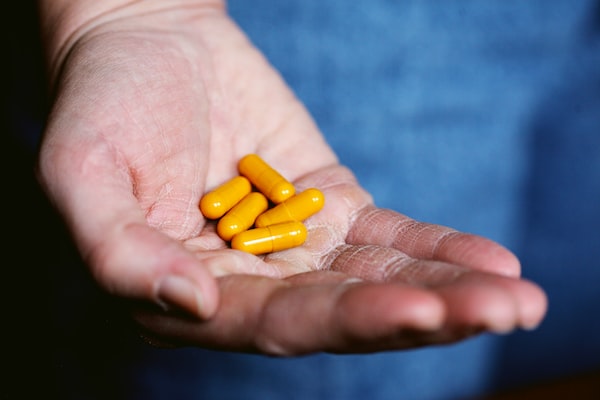 Just because someone has low methylation does not mean that this is the cause of their health problems or that it's helpful to boost methylation with supplements. Let me explain. The other day, I received a newsletter from a well-respected immunology course highlighting a paper on the association between low 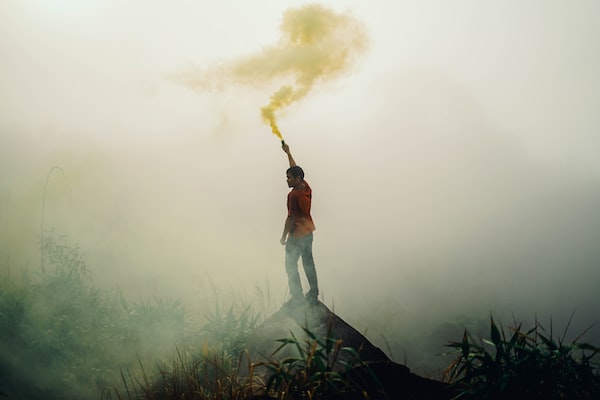 I speak a lot about the Cell Danger Response, which is the three step process that all cells go through once triggered by stress, injury or infection in order to heal. This evolutionarily conserved sequence has been developed by Dr Bob Naviaux, MD, PhD and his team and is actually